← more from
R.O.T-Records
Get fresh music recommendations delivered to your inbox every Friday. 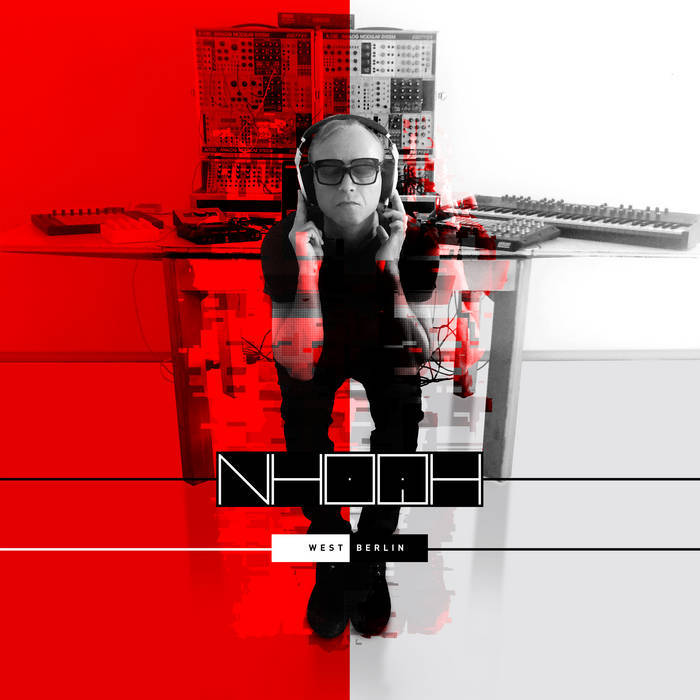 marcbnz1 A great track. Love the transitions and Breakbeats mixed against the shifts of up and down tempo. It takes you on a journey inward. Thank you. Favorite track: A02 Red Sky Blue Heart (24bit).

Melodic, endlessly inventive techno, NHOAH leaves plenty of space in his work, space that other producers use to find their own identity.”
Clash Magazine
“[NHOAH’s] ‘Abstellgleis’ works primarily with circular patterns that establish a trancey mood and gently grow and expand as the piece proceeds. It creates a great deal of movement and energy.”
PopMatters
Berlin’s beloved techno-wizard ​NHOAH shares highly anticipated debut LP titled ​‘West Berlin’ scheduled for release on April 13th via ​R.O.T respectortolerate Records​. This follows recent EP victories, ​Abstellgleis zu Remixen ​and ​120 Red Skies zu
 
Remixen​, ​both featuring outstanding remixes from the likes of ​808 State​, ​μ-Ziq​, ​Pixelord​, ​Peter Zirbs and ​Mieko Suzuki​, skilled electronic producer ​NHOAH ​has delivered an already stable flow of singles and remixes capturing the hearts of many. Reputable publications such as ​Resident Advisor​, ​PopMatters​, ​Clash Mag, Data Transmission, Electronic Groove and ​Radio 6 Music’s Nemone have also taken note, earning ​NHOAH ​the impressive reputation he has today. Acid-house pioneers ​808 State also gained ​NHOAH’s​ previous remix EP a spot on ​The Quietus’​ ​Albums Of The Month​ column.
NHOAH’s initial project ​Tangowerk ​released two albums throughout it’s cycle, and was nominated for the ​German Record Critics' Award (Preis der deutschen Schallplattenkritik). With a majestic back catalogue behind him, ​NHOAH holds credit next to some of the planet’s most legendary and respectable artists such as ​Eurythmics​, ​Depeche Mode​, ​Bronski Beat​, ​Jayne County and ​Romy Haag​, to name just a few.
A skilled producer, engineer and drummer, ​NHOAH has been an essential to Germany’s underground electronic scene for the past four decades. Utilizing an array of analogue and modular synthesizers, as well as various components of software, ​NHOAH has recently furthered his unique approach to production by taking his studio to the road, producing wherever he may feel, exploring new paths with limited resources. This evolution has now bloomed into a mindful catalyst for ​NHOAH’s highly anticipated debut album, ​West-Berlin​, a measure for which he has “​started from scratch​”, by reanimating spirit into his creative outlet.
Influenced by an array of talented and prolific producers such as ​Conny Plank (​Krafwerk​, ​NEU!​, ​Ultravox​) ​Hans-Joachim Roedelius and ​Dieter Moebius​, ​NHOAH ​manifests these into a modern, albeit familiar style, shaping brooding techno sections into explorative journeys; rich synthesizers, cascading arpeggios, pulsating oscillations and complex patterns all complete NHOAH’s recipe for enchantment. Comparable to similarly like-minded artists such as ​Dominik Eulberg​, ​Rone ​or ​Stephan Bodzin​, ​NHOAH’s​ signature style exceeds any expectation beyond belief.
Available both digitally and in coloured ​double-vinyl​, NHOAH’s long awaited full length album ​‘West Berlin’ ​is a spellbinding voyage into the past, present and future; the embodiment of Berlin’s rich, echoic antiquity over the course of ten enchanting movements. ​NHOAH ​comments the new LP​: “​I was born in a club; the club was called "West Berlin". There were the dance-mad, the military refugees, the gays and lesbians who had to escape the pressure elsewhere, and the lateral thinkers and revolutionaries. In this club, "West Berlin”, bars, discos and dark rooms were open all night - with no closing time. The East Berliners, right outside the door, were not allowed to get in. I was born into this maelstrom and grew up within it, and the club "West Berlin" left lasting marks on me until its closure.”
West-Berlin’s second track, ​“120 Red Skies” sets the mood; brooding textures, deep basslines and flowing harp-esque patterns all breathe beneath wonderfully paced beats. Robotic voices repeat the fourth track’s title ​“NO Kohle Oel Erdgas” ​before erupting into a club-ready format, spilling choppy synthesizers and hypnotic beats all over the dancefloor. ​“Sequenz 1” ​borrows elements from the aforementioned, blending together these energies and progressing into a beat driven, dominant ascension. The wobbling resonance of ​“Red Sky Blue Heart” ​coupled together with it’s tight and herculean drum arrangement is one not to be taken lightly; the abrupt entrance to a beautiful piano section amidst ethereal atmospheres, proceeds constant chanting of lyrics ​“The sky is red, my heart is blue”,​ possibly acting as the catalyst for ​‘West Berlin’​, and it’s empowering nature​ ​as a whole.

At the core of NHOAH’s creative inspiration is the physical manifestation of music: dancing. As a result you can almost feel that same energy being transmitted by his productions, especially when experienced through a powerful soundsystem. So, dust off those dancing shoes, relax your body and mind, and surrender to total self-­expression. ... more

Bandcamp Daily  your guide to the world of Bandcamp